This month, my Scottish reads were a bit different because I had a theme. A wee while ago, Bloody Scotland announced the shortlist for the debut Scottish crime fiction novel of 2022. I decided that I wanted to read them all and see if I could predict the winner!

This month I read:

Hear No Evil by Sarah Smith

The Wolf Hunters by Amanda Mitchison

Welcome to Cooper by Tariq Ashkanani

The Girl, The Crow, The Writer, and The Fighter by George Paterson

While these books were all Scottish crime novels, they were all so different. This was such an enjoyable reading experience and I’m so excited to see what these authors do next.

Huge congratulations to the winner and all the nominees! 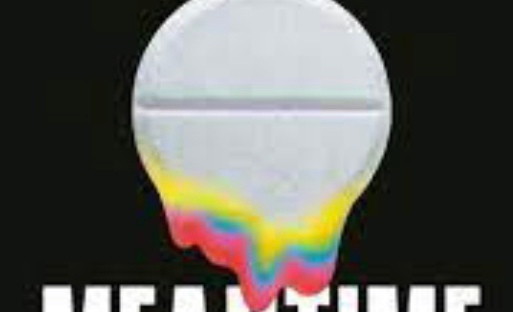 Glasgow, 2015. When Valium addict Felix McAveety’s best friend Marina is found murdered in the local park, he goes looking for answers to questions that he quickly forgets. In a haze of uppers, hallucinogens, and diazepam, Felix enlists the help of a brilliant but mercurial GP; a bright young trade unionist; a failing screenwriter; semi-celebrity crime novelist Jane Pickford; and his crisis fuelled downstairs neighbour Donnie.

This is the third book that I’ve read this year that had been written by a Scottish comedian that I enjoy. As with the others, I thoroughly enjoyed this book! I really do enjoy Frankie Boyle’s comedy and found him to be a natural storyteller, so I was hoping that this would translate to his writing and I believe that it did.

I really enjoyed the setting of this book as 2015 really was a very emotional time in Scotland. We really were split with some people gloating and some broken hearted. It was quite sad reliving it and realising how little had changed since then. I think that the feelings of the time really were captured in the writing.

I didn’t necessarily like Felix as a character but I enjoyed him. He was a tragic wee soul. I liked the ragtag group that took the lead in the story. A group of people who would not usually be pals but it worked. I found myself caring so much for all of them!

I found that this book made me laugh and cry and everything in between. The utter insanity of the ceilidh, complete with Cthulhu inspired Burns’ poetry was something I didn’t know that I needed in my life.

I really enjoyed the concept of someone who has no skills in sleuthing just becoming a sleuth in order to find out what happened to his friend. Felix really wasn’t a talented sleuthed but his friends helped him along the way and he really did find out loads, way more than I’d expected.

I loved the volume of red herrings. I was kept guessing throughout the book and I really didn’t see any of the twists coming. And they did come, there were so many twists and turns. I think that the hints were there, had i been taking notes of the clues then maybe they wouldn’t have been so surprising but there were so many nuggets peppered throughout the book that it was so tricky to see what was relevant and what was distraction.

This was not the sort of book that I could just pick up for a wee half hour read, I wanted to consume it. I needed to read it with no distractions as so much was happening that I needed to concentrate.

There were some periods where I wondered if the events described were even taking place. Felix was taking so many drugs that I started to doubt whether it was real (real in the book). I found this added an extra element of enjoyment as I was wondering if he was about to wake up and I’d find out that it had all been a dream or something.

This was a truly excellent debut crime fiction novel and I can’t wait to see what Frankie Boyle writes next.